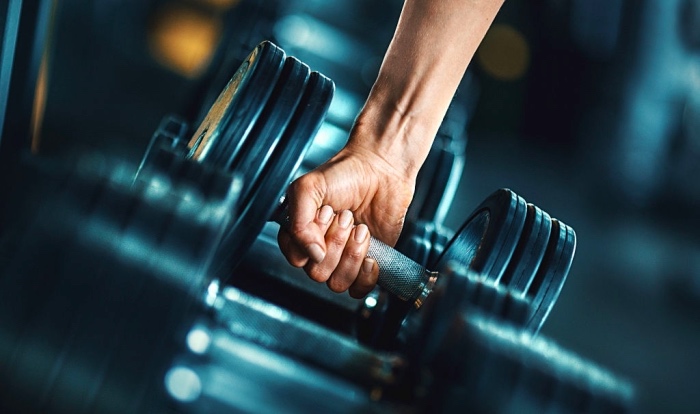 I remember as a kid my uncle used to shake my hand in greeting. He was a brickie with a super strong grip, grabbing onto those heavy bricks? all day like they were nothing. I would watch him shake hands with my father too and I began to understand the importance of a grip firstly from a cultural perspective.

It was a simple gesture but spoke volumes about strength and friendship and humility. I would practice shaking both their hands until my hands were so sore I could not do anymore handshaking.

From there I learnt a long time ago your grip strength was key to getting certain movements done, like pulling movements such as chin-ups  in the park or hanging off a swing. As a kid we would see how long we could hang from a tree branch until our forearms gave way (I always won that game!).

Like the growing pattern where people often neglect their legs while working out, many people also neglect other smaller body parts in the misconception that these body parts add no value to their goals.

When was the last time you really shook someone’s hand and checked their grip strength? When did you last train your forearms? It could be what is holding you back from becoming a full-blown beast in the weight room (if that is your goal). This is evident in the modern fad around ninja warrior competition courses, you see on TV. The big muscly competitors’ grips often fail them at crucial times while the people with rock-climbing experience excel with their grip strength and stamina to hold their own body weight!

Crushing Grip – closing your hang around something and squeezing such as a dumbbell.

Pinching Grip – holding an object between your thumb and another finger, and just squeezing with your fingertips.

Supporting Grip – supporting an object with a crush grip, while your fingers take most of the load, like carrying a heavy bucket.

Open Crush Grip – a crush grip where your fingers do not overlap, they are spread apart as in opening a jar.

The good news is that your grip strength keeps improving the more you train, however, if the goal here is to accelerate your grip strength, then you need to focus on a few direct movements. Here are my favourites:

Set a loaded bar up in a squat rack, with the height of the bar being just a few in inches under where you would lock out in a deadlift.

Grab the bar with a double overhand grip at shoulder width, keep the bar away from touching you too much and stand tall, hold for 15-30seconds. Repeat for sets and reps.

For more advanced – Dead Hangs on a chin-up bar: Choose a secure bar and position a box under your feet so you do not go injuring yourself. Even better is to ask someone to stand close by and they can also time you. Hold onto the bar and hang your bodyweight off it. This also helps stretch out and decompress the spine.

Work your way up in duration to prevent injury and be sure not to sway; dead hang means dead still. once trained a bodybuilder who could not do one chin-up without the aid of gloves and straps. He used them for nearly every workout during his gym sessions and his forearms had not developed and his grip strength was sub-par for his size. I promised him I would improve his size and strength in nearly everybody part.

His grip would fail before his muscles did on exercises like pullups and the dead-lift. Just like training for other body parts, he had deprived his forearms of the basic training needed for growth. This guy could not even hold a pair of dumb bells without his hands hurting.

I explained he was only as strong as his grip and changes needed to be made.

Firstly, to develop his grip he really had to remove the gloves or straps on all of his lifts. We began focussing on his forearm training to make it seem like he had bigger wrists. Using this mindset, he sucked it up and started lifting without gloves or straps. The first week or so his hands were callused and bleeding like hell. I was fair but firm when I told him to, “Quit complaining, it will be worth it in the end, I promise you.” He needed to let his hands adapt to the new feeling of fresh skin

grinding against the iron. Under no circumstances did I let his hands touch gloves or straps. To his credit, he kept up a strong attitude and it became habitual. One month later his forearms looked nearly twice the size and his grip strength had improved dramatically.

I am not suggesting that straps should never be used under any circumstances. Regardless of whether your muscles can handle more weight than your grip, your body acts as a unit. So your muscle strength and growth will be curtailed by wearing gloves between the skin and the bar.

If your grip continues to be at a severe disadvantage and you are much stronger than your hands are even after working on your grip, then it would be acceptable to use straps only for heavy compound movements and one intense set, such as dead-lifts, pull-ups, or bent-over rows.

Nevertheless, your best bet is to do what I did from day one and stick to chalk rather than straps, since it more closely replicates a natural grip. Train your forearms as if it were any other body part.

You would not neglect your chest, would you? A good way to get a forearm workout in is to do one or two sets at the end of your workout. Note also with forearms, you want to do extremely high reps.

One of the best exercises (and my favourite) I give clients for forearms is the one I explained earlier, the Farmers’ Walk with kettlebells. Set aside one set at the end of your workout in which you take the walk to complete failure (the feeling in your forearms where the lactic acid builds up so severely that you feel like you cannot go on for another second). Work your forearms out a maximum of three times a week, but not on consecutive days.